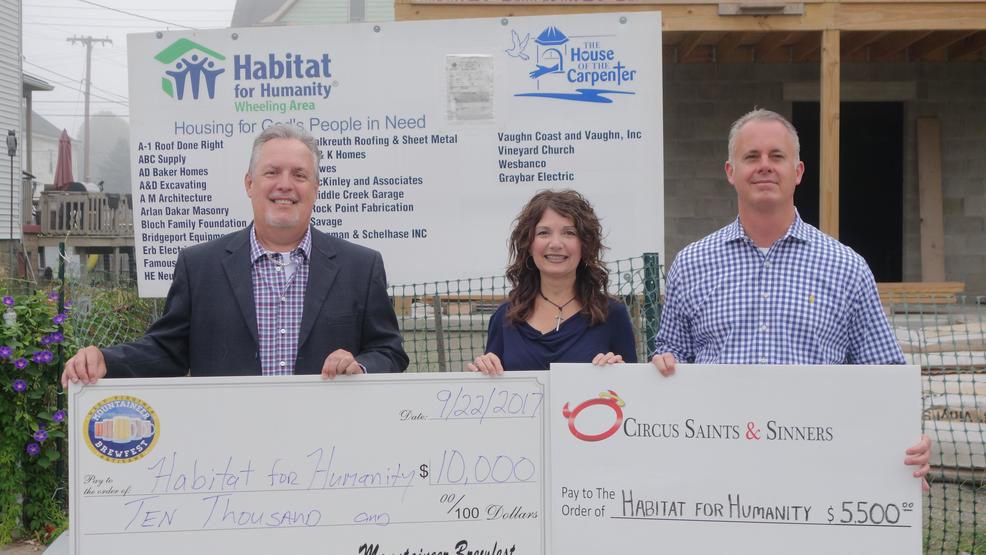 From WTOV9: WHEELING, WV (September 22, 2017) — On Friday, founder and president of the Mountaineer Brewfest, Jeff Hayes, presented a $10,000 check from the proceeds of this year’s Mountaineer Brewfest to Brenda Steiniger, executive director of the Wheeling Area Habitat for Humanity.
Brewfest was held on Aug. 19 at Wheeling’s Heritage Port. Each year a charity is selected by the Brewfest committee to receive the proceeds.
Jeff Yourkovich, representing the The Circus Saints & Sinners, presented a second check in the amount of $5,500 directly to Habitat for Humanity from the tip match, hosted by The Circus Saints & Sinners, in the Brewfest Beer Gardens.
In addition to the generous patrons of the Mountaineer Brewfest, the following also contributed monetary matches to the tips: Bordas & Bordas, Soroptimist of Wheeling, Wheeling Elk Lodge 28, and Smoker Friendly.